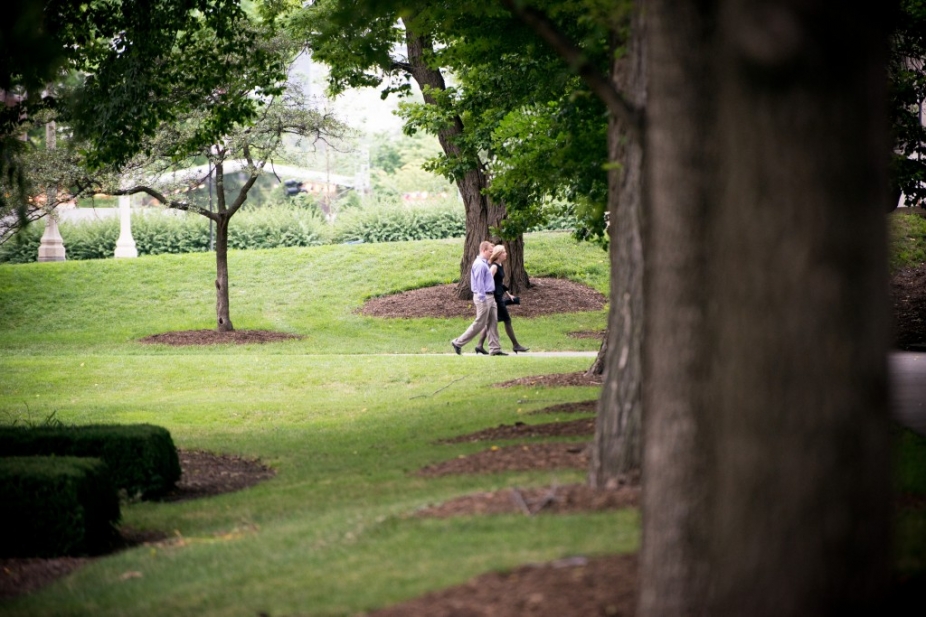 Have you ever witnessed a surprise proposal? It’s authentic, romantic, and only slightly voyeuristic, and even when you know what’s about to happen, you can’t help but get some flutters in your stomach. Unlike the accidental photobombing In The Way guy, I saw Greg’s proposal to Cynthia because I was invited to capture the special moment through the lens. 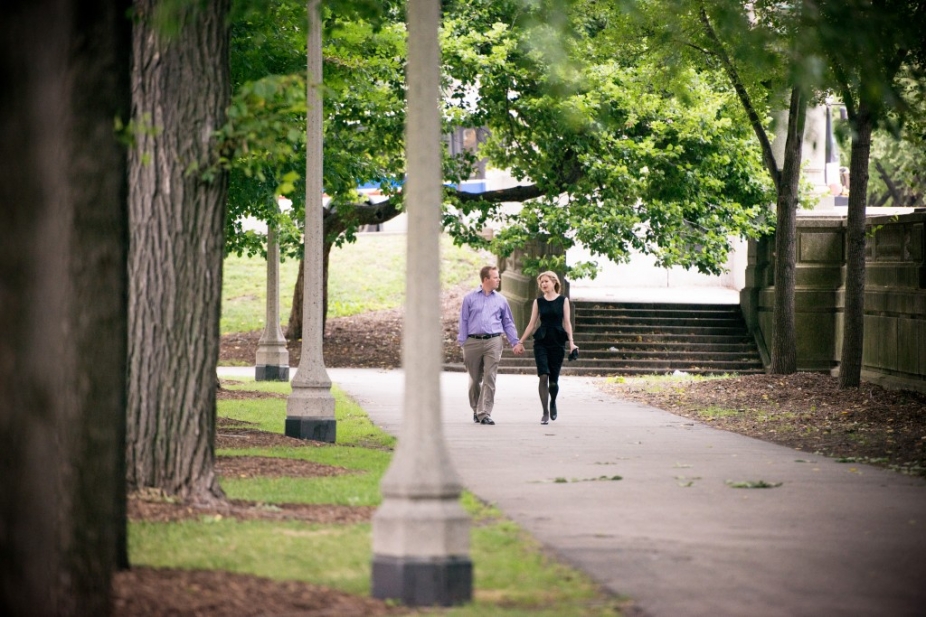 The two lovebirds are from Michigan, but came to Chicago so Cynthia could take her medical boards. Theirs is the first ever surprise proposal I’ve shot, and it was so cool playing paparazzi behind the scenes! 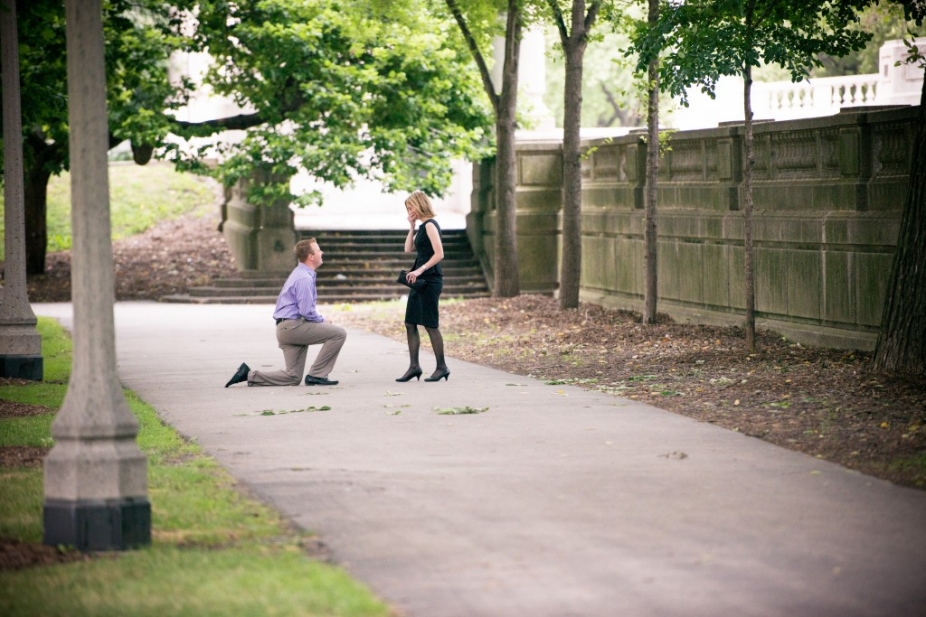 I recommended a great place for Greg to propose – one that’s secluded yet pretty, right across the street from the Hilton Hotel on Michigan Ave. Not your typical touristy Bean shot, but far better in my opinion.

By the time they arrived, I was already hiding behind a tree. She thought they were going to a fancy dinner at the Signature Room, but then he dropped to one knee and she said yes! I was there for a good five minutes, clicking away, before Cynthia even noticed me.

We met up again on Sunday for Part 2 of their engagement session, this time all parties were in-the-know. The fabulous Tran Nguyen did Cynthia’s hair and make-up. Isn’t Cynthia the cutest?? She’s super bubbly and he’s a planner. (As if this wasn’t obvious judging by his long distance, well-coordinated proposal!) We met at the Buckingham Fountain and walked south to capture some joyful jumping shots in front of city skyscrapers, and finishing by the Agora feet sculptures on Michigan Ave. and Roosevelt for a true Chicago photo experience.

That’s right, folks, the magic happened right in Chicago, and you saw it first here! Congrats, Cynthia and Greg!