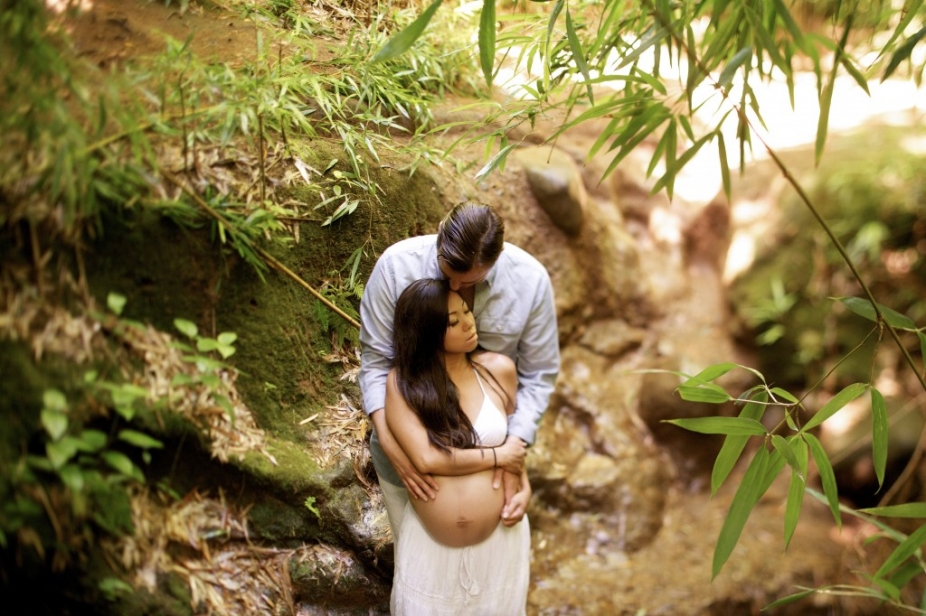 Some women might be afraid to be seen in a bathing suit while 7 months pregnant. Not me. I’ll pose for a photo shoot.

The Giant and I booked a special anniversary/maternity shoot with the talented Anna Kim Photography when we were in Maui last month. Funny, but true story: I kept changing the shoot date on Anna. It was originally scheduled towards the end of our vacay, but then I had second thoughts that I’ll be so fat from all the good eating and too tanned from all the sun. Two unflattering combos that don’t translate well in photos! So I begggggged Anna to squeeze me into her super-duper busy schedule and do the shoot at the beginning of our trip instead. Anna, thanks for putting up with your very pregnant client and friend! The shoot turned out terrific, have a look yourself! 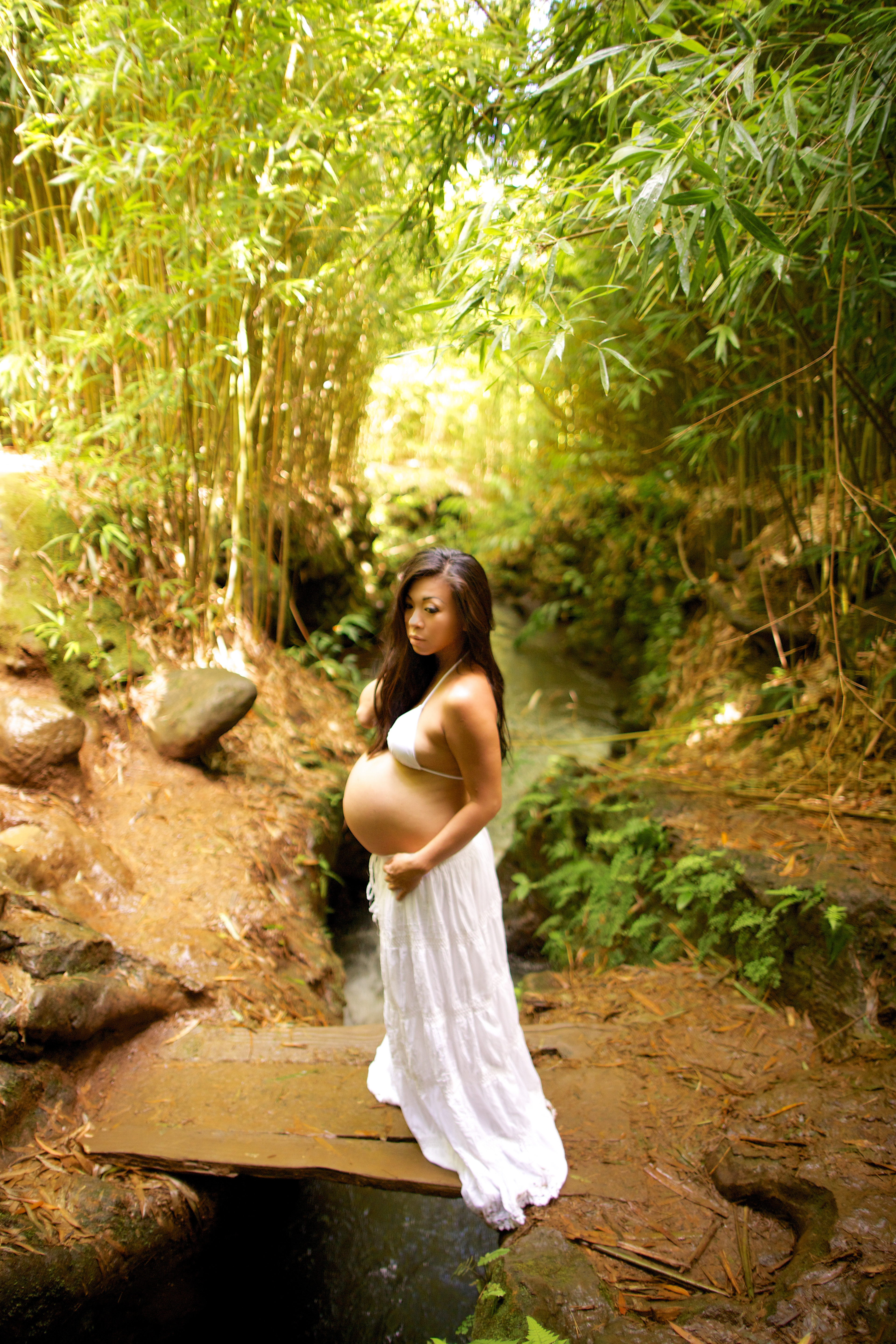 Most people want to do beachy-type shoots in Hawaii. (Like, who wouldn’t?) But we wanted to capture the Hawaii’s other photogenic side, the one that is all lush and tropical and oh-so-exotic. Our shoot involved a hike down a hill, through mud and mosquitos. We got bitten like crazy, but at the end of it, a gorgeous waterfall and bamboo forest awaited us. So worth it! I also got more than a few looks from people – surely it’s not every day they see a pregnant woman making this hike – but as you know, being preggers is not going to stop me from doing what I have set out to do! 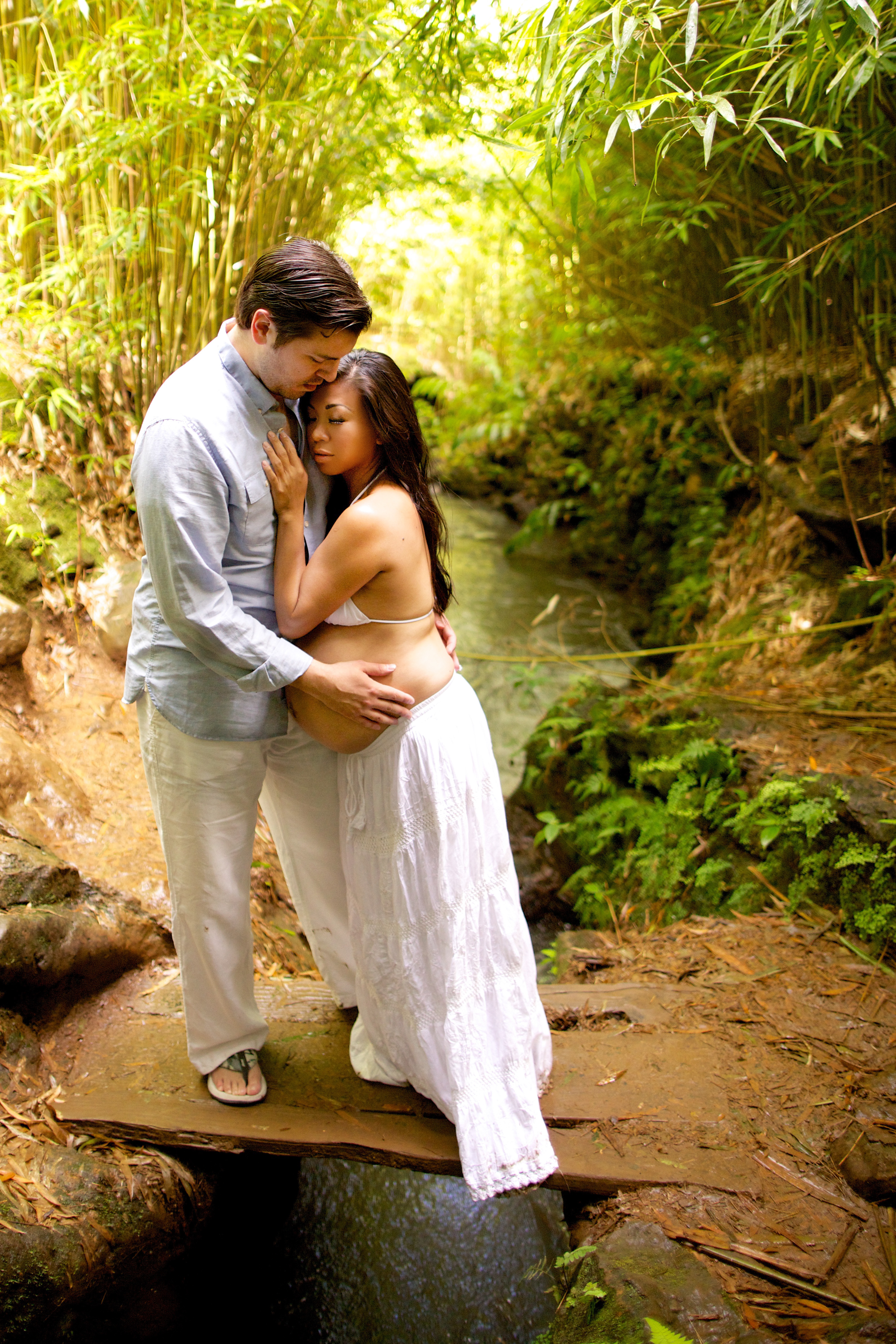 Next up, a forest of eucalyptus trees! Don’t they look kinda fake? (Fact: They smell great in person!)

Future brides, wanna know a styling trick for your next wedding shoot? Make sure to request some photos of your long veil fluttering in the wind. I borrowed that old trick for this shoot, using a long piece of fabric purchased at a material store in Chicago. The secret to success is a relatively windy location. Like it was here. I asked for wind, and BOY, did I get wind! In fact, it was so windy that I had a real hard time trying to keep the scarf flowing properly AND look decent for the camera.

We had a great time shooting with Anna Kim – huge thanks for capturing our growing family in such a lovely way!

« Straight to Hawaii, Do You Wanna Come Along With Me?Greg and Cynthia’s Surprise Engagement in Chicago! »